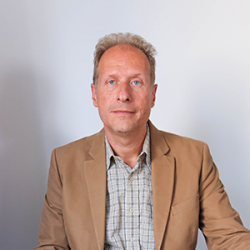 Born in 1970 in Slovenj Gradec; professor at the School of Advanced Social Studies and vice-dean for quality assurance at the Faculty of Information Studies in Novo mesto. He got his BA degree sociology in 1993, continued his graduate studies at the Central European University based on the stipend by the CEU and obtained his MA degree in the field of sociology and politics in 1995 at the Lancaster University, Great Britain. He got his PhD from sociology (University of Ljubljana, Faculty of Social Sciences, 1999).