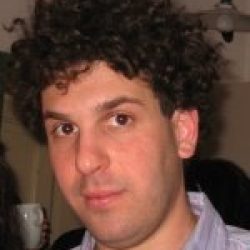 He graduated from the Department of Physics, University of Trieste, Italy, in 2002. He continued his studies in the US at the University of California, Santa Barbara, where he received his master’s degree in mechanical engineering in 2005. He completed his doctoral studies at the Department of Theoretical Physics of the Jožef Stefan Institute (F1), where in 2008 he defended his doctoral dissertation entitled “Modular gene dynamics and network theory at mesoscopic scale”. He was a postdoctoral researcher in the Department of Physics at the University of Potsdam, Germany. Zoran joined the Faculty of Information Studies in Novo mesto in 2012. Between 2014 and 2016 he served as the vice-dean for scientific research. He currently serves as the Head of the Laboratory for Complex Systems and Data Science (http://codlab.fis.unm.si/) and as Head of the Doctoral school and a lecturer at all three program levels. His research areas are the dynamics and structure of complex systems and especially complex networks, which also concerns modeling of biological and social networks. More information at http://levnajic.fis.unm.si/.