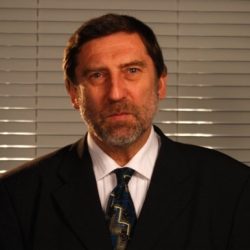 He has more than 880 entries in the Cobiss bibliographic database, of which more than 250 are scientific and professional works in chemistry, education, multimedia, project work and organisation, and is a leading Slovenian author in multimedia production (Srečo Zakrajšek (cobiss.net).

He obtained an andragogic-pedagogical education at the Filozofska fakulteta in Ljubljana and attained the title of councillor as a secondary school teacher, the title of lecturer at a higher school, and assistant professor at college level.

He was a professor of chemistry and assistant principal at the Gimnazija Bežigrad, in the international school, and the head of the research unit from 1985 to 2007.

From 1978 to 1989, he was an athletic trainer with an A-class licence and a trainer in the national athletics team of Yugoslavia.

From 1989 to 1992, he was the director of the Institute for Education of the Republic of Slovenia.

In 1995, he was the co-founder of the ŠKL project, where he oversaw the educational and media aspect of the project for several years , and a co-founder of the “Z glavo na zabavo” (use your head to party) foundation and its first director.

He is the founder of the publishing house Biteks and the editor of the magazines Kemija v šoli, Gospodarenje z okoljem and Medijska vzgoja in produkcija, and the first Slovenian educational portal minet.si, founded in 2000.

He mentored and co-mentored more than 230 graduates of short-cycle higher education and higher education institutions at IAM and FAM, as well as students in the preparation of research papers.