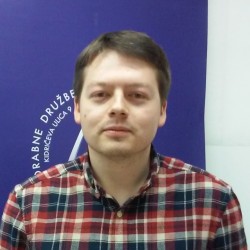 In 2010, was part of an internship program at the Romanian Diplomatic Institute, Bucharest (Romania). In 2012, he conducted interviews and focus groups in Iasi and Roman (Romania) with pupils and teachers that were beneficiaries of the educational program “IMPACT”. In 2013, was part of a research team from Cluj-Napoca in the project on “HIV and Public Health in Guyana”, financed by a private company. His research interests are: generalized and political trust, social networks, and innovations.